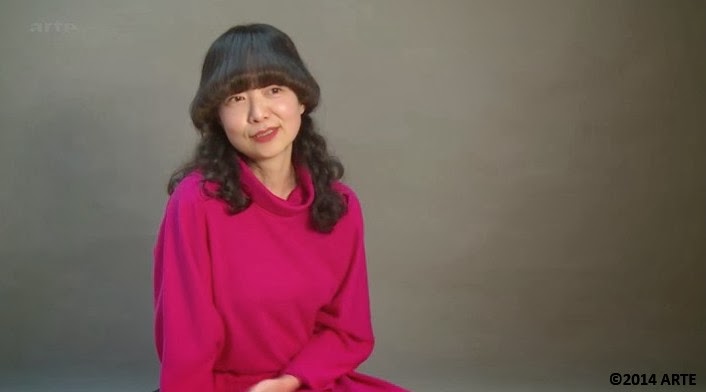 Earlier this month, ARTE ran an interview with Tamaki Okamoto in order to learn more about her Paris-based production/distribution company CaRTe bLaNChe which has become a sensation at European film festivals.  She is the European distributor of a new wave of Japanese independent animators and experimental filmmakers like Atsushi Wada, who won the Silver Bear in 2012 for his animated short The Great Rabbit (2012).  She also represents some of the films of young artists such as Mirai Mizue, Isamu Hirabayashi, Tadasuke Kotani, Yoriko Mizushiri, Shin Hashimoto, and TOCHKA, among others.  CaRTe bLaNChe also distributes the recent works of more established experimental filmmakers such as the legendary Keiichi Tanaami (see: Chalet Pointu DVD) and Keita Kurosaka (Midori-ko).  Their catalogue also features some non-Japanese artists such as Hakhyun Kim’s Greeum and Cédric Dupire and Gaspard Kuentz’s exploration of the Tokyo music scene We Don’t Care About Music Anyway (2009).

I have embedded the interview below.  It can be viewed in German or French.  For those of you who speak neither, I have translated the interview into English below, beginning with the introductory blurb from the ARTE website:

The Great Rabbit and other films by [Atsushi] Wada are part of the catalogue of works distributed by the Paris-based Japanese Tamaki Okamoto.  Far from her native land, she has developed a unique perspective on animation.  Artists and filmmakers who make works that are a far cry from mainstream manga, but also a far cry from the well-worn Kafkaesque paths of the usual festival and television markets, have found in her both a supporting voice and a producer/distributor.

Who is this woman whose company CaRTe bLaNChe has become such a talking point [at the Berlinale]?  How does she work, and what motivates her work? 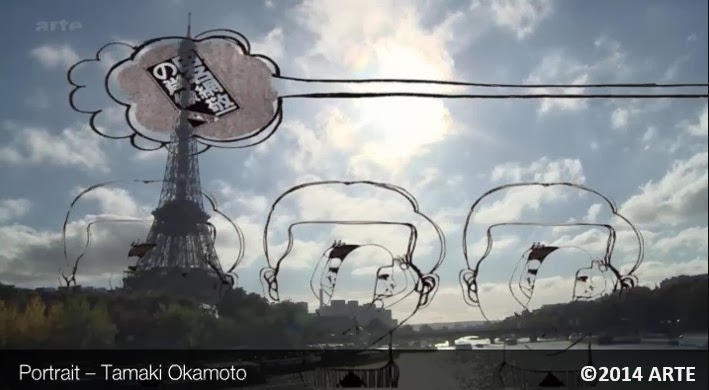 Narrator: Three years ago, Tamaki Okamoto established her own production company called CaRTe bLaNChe in Paris.  She is known for excellence and originality and has a unique taste for extraordinary aesthetics.  Like the owner of an art gallery, she looks after her artists and promotes their projects to great international acclaim.

Tamaki Okamoto (TO):  I try to keep a small catalogue.  That’s not always easy to do.  At the same time, it’s not easy to find films that one really falls in love with.  I struggle to find artists whose work really moves me.  That only happens once or twice a year, and that’s fine by me.  It’s a bit like human relationships.  Our criteria for selecting films has to do with feelings.  With too many films, it would be hard for me to be in love with all of them.  That’s the reason why I don’t have such a thick catalogue like other production companies.

TO:  I work mainly with young filmmakers, but there are a couple of exceptions.  For example, Keiichi Tanaami.  He is the eldest artist that I work with, but also the most open.  Tanaami is 74 years old, is extremely well known in Japan, and has had an exceptional career.  His work inspires me because he’s so truly open and fresh in his ideas.  He’s so curious and doesn’t set any boundaries for himself.  That’s why at 74 he has created his own artistic world.  That’s my dream.  After all, he’s the first artist that I worked with [when I established CaRTe bLaNChe].

TO:  It’s a bit like the mise-en-scène in cinema.  Daily, I toil with the mise-en-scène and I love it.  I love to help create a certain creative voice that gives people a kind of desire to live life.  People need that.  The possibility of that is the function of cinema for me and I think it is reflected in the films that I select.  And it perhaps affects the kind of films that I decide to produce.  I greatly value the production process of my auteurs – I am very sensitive to the needs of the artist at work and I concern myself with all the small details.   I must admit that I love directors who are workaholics, even slightly obsessive.  In my daily life as a cineaste I am also a bit obsessive. 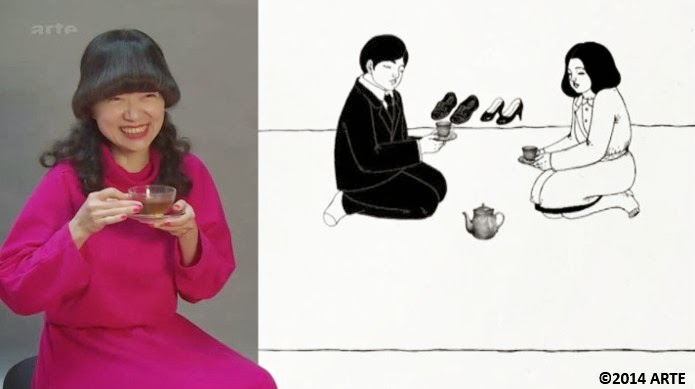 TO:  I think some of the big festivals take short films as a kind of a test.  A short film before a long film as a kind of apprentice piece.  In my view, that’s not the right way to look at it.  This format is perfect for demonstrating true creativity.  That is particularly the case with animation.  I often find that the truly creative and extraordinarily interesting animated films are all short films.  When one makes long films, one needs a script and a certain kind of format.  It’s a much more conventional medium [than short films].  It constrains creativity.  From my point-of-view, it’s easier for filmmakers to express themselves using the short film format.  As I said, there are festivals who understand the trailblazing nature of short films, and there are festivals who don’t get it.  I think the Berlinale totally gets it.  That’s why the Berlinale is a natural fit for my films.  And for the past three years I have been lucky to have the chance to show films at the Berlinale.

Narrator:  The film WONDER by Mirai Mizue is currently competing in the Shorts category.  Here [5:58-] is an exclusive sample of the film for our audience.

Posted by Cathy Munroe Hotes at 5:00 am