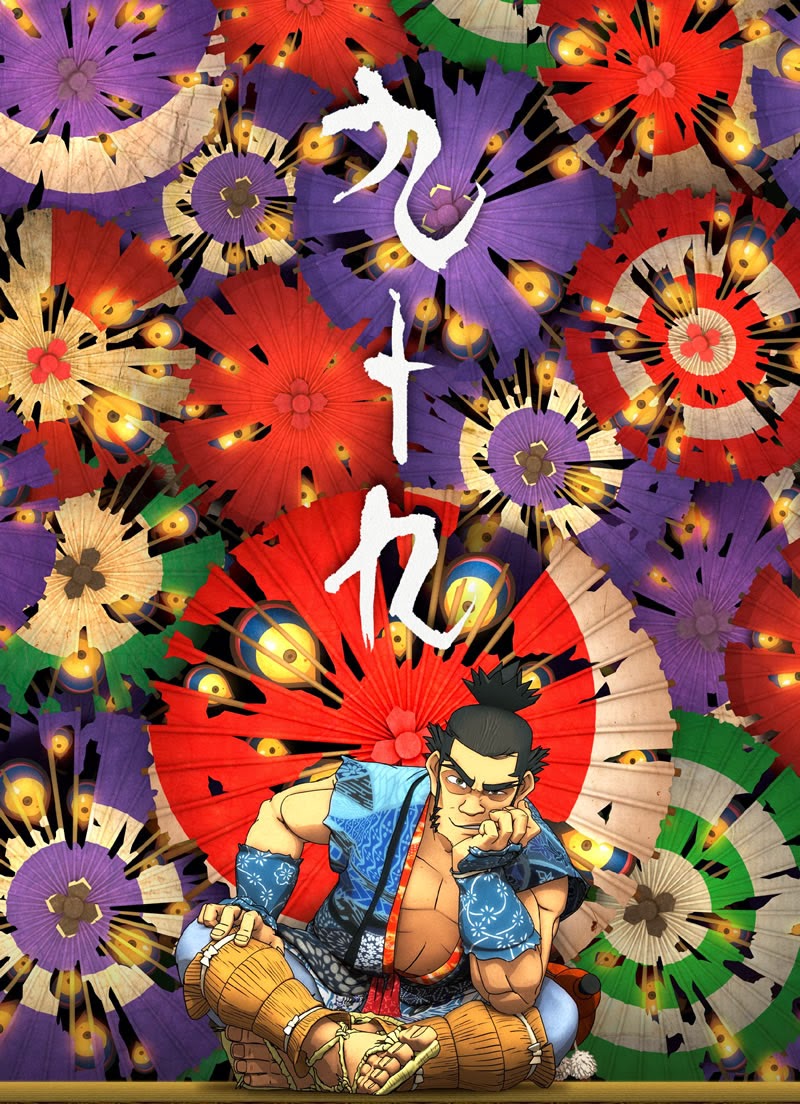 Shuhei Morita’s Oscar-nominated animated short Possessions (九十九/Tsukumo, 2013) follows in the ancient tradition of yōkai (supernatural) stories.  Traditional Japanese culture is animistic.  They believe that all things have spirits or souls.  The spirits depicted in Morita’s original tale are tsukumogami (付喪神 – the Japanese title 九十九 is a homonym for tsukumo), which folklore expert Noriko Tsunoda Reider translates as “tool specters” (see: “Animating Objects”).  In other words, they are animate everyday household objects.  In the prototypical tsukumogami story, the tools or objects have become abandoned by their owners and the spirits have become embittered or vengeful.

In Possessions, a tall strong man voiced by legendary seiyū  Kōichi Yamadera (Cowboy Bebop, Ghost in the Shell, Neon Genesis Evangelion, Anpanman, etc.), becomes caught in a storm while travelling through a dense forest.  Set in the 18th century, the man is dressed in typical peasant clothes including a straw hat (kasa) and a straw raincoast (mino) (see: muza-chan).  On his back, he carries a himitsu-bako tool box on a stick.  The wind blows off his conical straw hat and leads him to an abandoned shrine built into a rocky hillside.  As he enters the shrine, the man politely remembers to ask the spirits residing in the shrine to forgive his intrusion and allow him to stay the night.  The shrine is full of what appears to be abandoned junk – one pile presciently resembling a face. 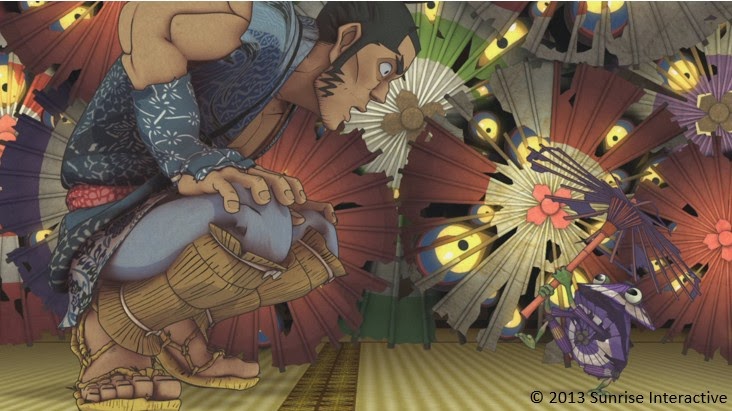 The spirits dwelling in this shrine are not so easily appeased.  As the man closes his eyes and breathes deeply to recover from his difficult journey, the interior transforms into a clean and bare floor of 8 tatami with bull’s eye parasol shapes on the fusama (sliding doors).  The man looks around him in shock like a bull trapped in a pen and pinches his face to see if he is dreaming.  Suddenly the room is filled with ancient dancing parasols led by a small Parasol Frog (Jyanome Kaeru, voiced by Takeshi Kusao, who has lots of experience voicing frogs).  To appease the spirits the man opens his himitsu-bako tool box (see: About Japanese Puzzle Boxes) and sets about repairing all the paper parasols.

This seems to work until the man slides open one of the fusama and finds himself in trapped another 8 tatami room with an elaborate tanmono (kimono fabric) design painted on its fusama.  The man tries to escape and is forced back into the room by tanmono tsukumogami (kimono fabric specters).  A beautiful kimono-clad woman (voiced by Aoi Yūki of Puella Magi Madoka Magica) depicted on the fusama asks him if he finds her beautiful like everyone else does, and he finds himself caught up in a whirlwind of tanmono fabric. He again turns to his tool box but is comically less skilled as sewing than he was at repairing parasols.  Can he appease this taunting spirit, or is there more in store for him?  This haunted shrine has more secrets up its sleeves before the twist at the end. 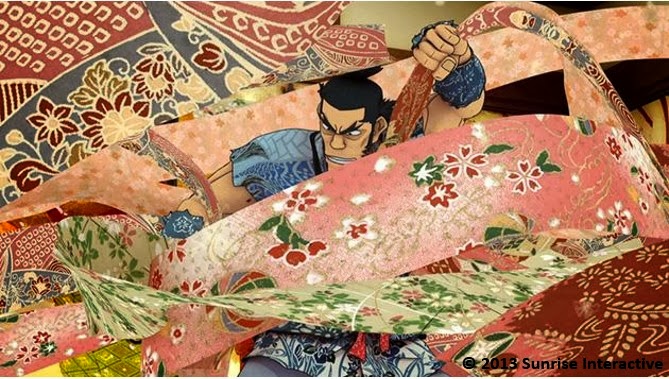 In making this animated short for Sunrise’s Short Peace (ショート・ピース, 2013) anthology, Morita worked with a small core animation team including character designer Daisuke Sajiki (Coicent, Five Numbers), CGI animator Ryūsuke Sakamoto (Coicent, Five Numbers), art director Hideki Nakamura and animation veteran Hiroyuki Horiuchi doing key animation.
Available on the Short Peace DVD (JP only)
It takes a lot to get me excited about CGI animation.  I much prefer the warmer textures of a traditional stop motion animation to the cold plasticity of mainstream 3D CGI animation.  Possessions; however, has won me over.  It has none of the coldness I associate with CGI.  It is a warmly textured piece that at times almost looks like characters and sets cut directly out of chiyogami paper.  According to Morita’s recent interview with Dan Sarto for AWN, he was inspired one day by the chiyogami paper his child was playing with at home.  Thus the central protagonist looks as though he has been constructed of traditionally patterned chiyogami and plain washi paper (paper made from traditional fibres).  The uses of other traditional colours and textures from the Hakone yosegi-zaiku (mixed wood) pattern of the tool box to the temari (embroidered balls) eyes of the final yōkai monster, are all cleverly executed.  This animation delights at every turn with its nods to traditional art and storytelling wrapped up in the modern package of three dimensional computer animation.  Shuhei Morita is really coming into his own as a director and well deserving of his Oscar nomination nod.
Catherine Munroe Hotes 2014