Japanese cinematographer Tetsuo Nagata (永田 鉄男) has garnered a high profile recently due to the international success of Olivier Dahan’s biopic of Edith Piaf (La vie en rose/ La môme, 2007) starring Oscar award winning actress Marion Cotillard. Nagata won his second César (the French equivalent of the Oscars) for best director of photography for La môme. His first César had been for La chambre des officiers (François Dupeyron, 2002). In 2007, Variety named him one of their ten best cinematographers of the year.
Born in Nagano 1952, Nagata moved to Tokyo in 1970 where he indulged in his passion for cinema. He was a particular fan of the films of Pier Paolo Passolini and Jean-Luc Godard. His passion for the Nouvelle Vague led to him starting a French cinema club in Tokyo.

In 1972, Nagata travelled to France where he studied at the Université de Paris VIII. Returning to Japan in 1975, he had the opportity to work as an assitant cameraman for Hiroshi Segawa 瀬川浩. Segawa is most renowned for his cinematography on the Hiroshi Teshigahara’s (勅使河原宏, 1927-2001) adaptation Woman in the Dunes (Suna no onna/砂の女, 1964) which won the Special Jury Prize at Cannes and was nominated for an Oscar.

On his website, Nagata claims to have worked at both Toei and Toho during his years as an assisant cameraman. In an interview in inCamera in October 2008, he mentions having worked on science fiction films in the early part of his career; an experience which he contrasted with his most recent work on the science fiction film Splice (Vincenzo Natali, 2009). Splice is due out this fall and stars Adrien Brody and Sarah Polley.

Nagata returned to France in the 1980s and since his debut as a director of photographer in Michel Thibaut’s Faut pas rêver (1992), he has built an impressive career for himself as a cinematographer of feature films, music videos and commercials. He has worked twice with directors François Dupeyron (France), Jan Kounen (Netherlands), and Vincenzo Natali (Canada).

As a director of photographer, Nagata has produced both realistic as well as highly stylized work. He seems to have a particular fondness for sharply defined colours and deep blacks. The colour pallette in La vie en rose is particularly dark with greys and blues pedominating the chidhood sequences and warm colours saved for the period of her discovery on the streets of Pigalle. The scenes of Piaf performing onstage have a sepia quality about the light that shines upon her ravaged face. Although I was a bit disappointed in the script for La vie en rose (I don’t think that it truly captures the complexity of her life or the intensity of her charisma), the cinematography combined with Marion Cotillard’s performance certainly resonate long after one has seen the film. The most impressive sequence in the film is the steadicam sequence when Piaf discovers her lover has died in a plane crash.

Nagata’s only Japanese film as director of photographer thus far is Takahashi Minamoto’s 2005 romantic drama Daiteiden no yoru ni (Until the Lights Come Back) released domestically in Japan to fairly upbeat reviews. He is currently shooting Hisako Matsui’s (松井久子) biopic of the life of Léonie Gilmour: the American editor who had an affair with the writer Yone Noguchi (aka Yonejiro Noguch (i野口米次郎) and was the mother of the renowned sculptor Isamu Noguchi (野口勇) and the modern dancer Ailes Gilmour. The film will star Emily Mortimer and Shidō Nakamura II (二代目中村獅童).

I am also really excited by the upcoming release of Nagata’s first film with one of my favourite French directors, Jean-Pierre Jeunet (Delicatessen, The City of Lost Children, Amélie). Tetsuo Nagata’s penchant for deeply contrasting colours will work very well with Jeunet’s surrealistic aesthetic.

To get an idea about Tetsuo Nagata’s often dark aesthetic, check out the images and trailers he has assembled on his impressive offical website (available in English and French). 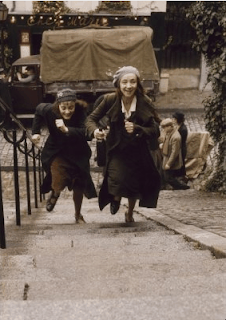 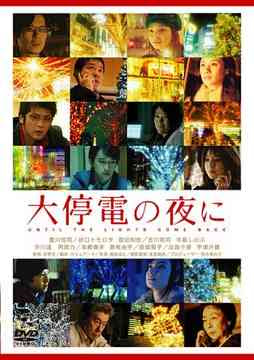