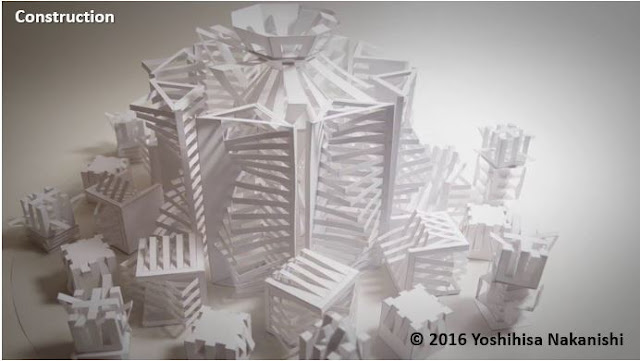 Yoshihisa Nakanishi (中西義久, b. 1965) is an independent stop motion animator, video producer and graphic designer from Tokyo.  He has a degree in design from Musashino Art University (Musabi).  His paper craft animation has appeared on the NHK's Petit Petit Anime (NHKプチプチアニメ) series.