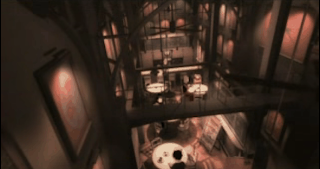 Hokkaido-born CG animator, Yasuhiro Yoshiura (吉浦康裕), has in recent months been creating a big buzz on the internet with his Time of Eve (イヴの時間) series. Most of the hype is from fans desperate to see the next episode, whose release has been delayed by several months. The episodes are not made for TV but for release onto Yahoo Japan and Crunchyroll, so the release dates are not set in stone. Yoshiura runs his own little studio, Studio Rikka, and I’m sure that the delays are probably due to the growing pains that any small indie studio goes through when they’re first starting out.

There are a lot of fans of Yoshiura’s 2006 short film Pale Cocoon ((ペイル・コクーン), but the film that really impressed me the most is Aquatic Language (水のコトバ). You can tell that it was made while Yoshiura was a film school student because he hasn’t yet learned to edit with an objective eye and the film is still a bit rough around the edges. However, these quirks are also what make the film so exciting. He’s not afraid to take risks and mix 2D and 3D animation in innovative ways. There are literal references (via text that pops up from book pages into title cards) to Jules Verne (the theme of water) and Isaac Asimov (the relationship between robots and humans) as well as visual references to silent movies (irises), avant-garde film, and 1960s art cinema.

In both theme and visual style, Aquatic Language can be seen the Time of Eve series in its infancy. The setting is the café that appears in Time of Eve and the camera and sound move back and forth between several conversations in the café in an interweaving manner reminiscent of Robert Altman in films like Nashville (1975).

Water as a metaphor for language has a long history in the English language through idioms such as “stream of thought”, “flow of conversation”, and “life in a fishbowl.” Water metaphors are also used when taking about consciousness (ie. “stream of consciousness”, “river of dreams”), another key component of the robot/humanity theme that pervades Yoshiura’s work. Water metaphors are abundant in Japanese idioms as well, but I can’t think of many in this context. Please leave a comment if you know of any. One idiom, abstractly apt is 水到りて渠成る (Mizu itarite kyonaru/ As time flows, everything falls into place).

I see Aquatic Language as a kind of experimental film in the sense that Yoshiura has used it to try out a variety of different techniques: zooms, swish pans, abrupt changes in camera distance between cuts, and so on. He also tries out applying some of his philosophical ideas in a short story. It is a bit on the heavy-handed side in this film, but in Time of Eve he has begun to demonstrate maturity as an animator in terms of both quality of image and screenwriting.

Aquatic Language appears as an extra on the DVD for Pale Cocoon, which can be ordered here. I highly recommend both films as they show the promise of an exciting young animation artist. The only unfortunate thing about this DVD is the bad English dub. The voice actors sound very amateur and the sound edit is pretty bad (changing volumes with cuts). It would have been much better if Yoshiura had gone with subtitles, as he did with Pale Cocoon, instead of a dub. The kind of an audience interested in off-beat animation like this would much rather hear the original soundtrack and have the option of subtitles in their native language. A decent fansub of Aquatic Language is out there on file-sharing and streaming sites, but I would urge fans of Yoshiura to support this independent animator by watching Time of Eve on Crunchyroll and ordering the Pale Cocoon DVD. 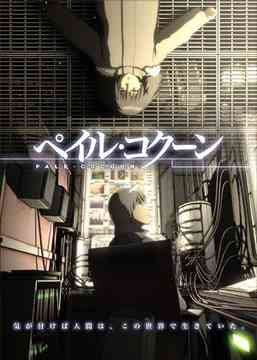