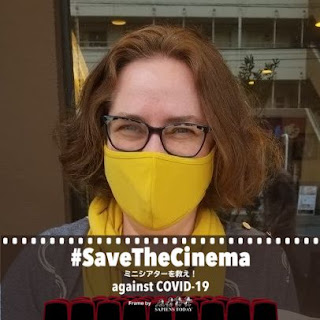 I am a Canadian academic specialising in Film and Visual Culture.  My areas of interest include animation, documentary film, national cinemas, literary studies, postcolonialism, adaptation, feminism, minority cultures, LGBTQ+ cultures, disability culture, SDGS & more.
I began this blog in 2006 while teaching a course on the relationship between Japanese and Western cinema at Kanagawa University and named it after the cosy corner of Bunkyo-ku where I was living. What began as a chronicle of whatever I happened to find at the video store transformed into a journey into the world of Japanese Independent Animation upon the discovery of an exhibition of the work of Tomoyasu Murata in a tiny gallery on Hongo Dori.

I lived in Germany from 2007 until 2019 where I developed a close relationship with Nippon Connection, the largest Japanese film festival in the world.  I have been a curator for their animation selection since 2011.

I now live in Yokohama and am a lecturer at Keio University SFC.

Thank you for dropping by,